This two day course will focus on the advanced towing and recovery including basic/advanced hook-ups and roll-overs/embankments with hands-on training instructed by Ron Feist, Ron Gardas Jr. and the Minnesota Professional Towing Association Board of Directors. 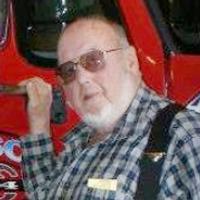 Click below for more information and registration form:
Elko Invite

A pair of gloves and work clothes will be needed, expect to get dirty.

MPTA Board of Meeting Update

The MPTA (Minnesota Professional Towing Association) was founded back in the early 1980’s by independent towing owners/operators such as Dick Pellow, Bruce Koehler, and Tom Eaton.  The MPTA was founded on the premise protect the rights of towing owners/operators thru legislative and legal support.  Throughout the history of the Association, MPTA has been endorsing towing and recovery classes ensuring the towing industry protects it’s honesty, integrity and still doing their work safely.